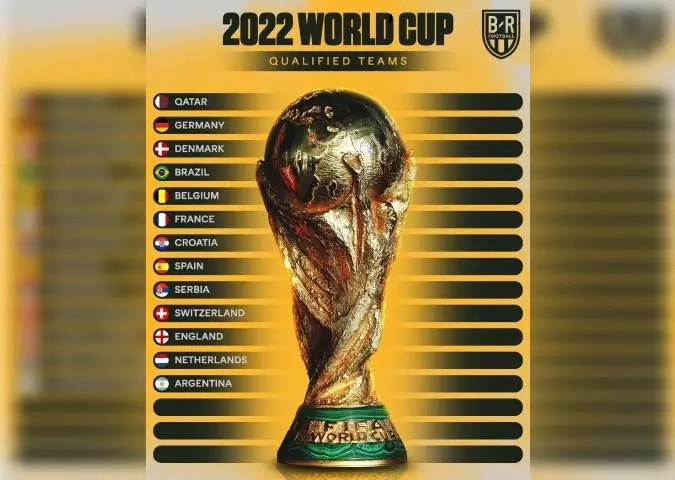 2022 FIFA World Cup. The last two months of 2021 are intense as they mark the ending of the qualification phase for the 2022 World Cup in Qatar. As the screenings come to a close, more nations book their spots hoping to participate in the 2022 World Cup that organizers have scheduled to take place between Monday, November 21 and Sunday, December 18.

This is Qatar’s debut as the host nation after it qualified in the spot on December 2, 2010.

This World Cup is also meaningful as it marks the first-ever World Cup in the entire Arab world. It also marks the second time the event will take place in Asia. The first time was in 2002, which happened in South Korea and Japan.

Next year’s World Cup will also be the last to include 32 teams. For the 2026 tournament, organizers will increase it to 48 teams that will compete in three different locations: the United States, Mexico, and Canada.

Organizers also changed the schedule of the World Cup from the usual May, June or July schedules to late November to mid-December due to Qatar’s intense summer heat. The time frame of the competition will also be shorter next year and will be around 28 days only. You can also check out all the latest sports news at Technicalforweb.com.

Which Teams Have Earned a Spot in the 2022 FIFA World Cup in Qatar?

Here’s a quick list of the teams that have secured a spot in the upcoming 2022 World Cup. Except for Qatar, which is fresh in the World Cup scene, these competing teams were familiar and returnees of this major sports event.

The majority of the traditional contenders are already there: France, the defending champion, Belgium, officially considered the world’s most outstanding team, Spain and England among them. Joining these nations are Brazil and Argentina, two of South America’s two most powerful countries.

Only two key names are yet to be confirmed: Italy and Portugal, both of whom will have to go through the pain of playoffs to earn one of Europe’s final three vacant positions. Although nothing is set in stone yet, sports pundits have released predictions with more clues coming up.

England secured their place in the finals in their final qualifying game by routing San Marino, the lowest-ranked side in worldwide football. After being runners-up at Euro 2020 in the summer, Gareth Southgate’s team is considered the frontrunners to take home the title.

Most nations included are from Uefa that got the most representation among sports confederation with 13 spots for European teams. The top 10 finishers are automatically qualified. The playoff round of the ten runners-up and two best-ranked group winners from the Nations League finish third or lower, deciding the final three berths.

Serbia defeated Portugal in the Group A countries in a shocking qualifying round. Serbia beat Portugal in a 2-1 final score in Lisbon, with Aleksander Mitrovic dominating the game and scoring a 90-minute winner. This shocking win is a challenge for Cristiano Ronaldo, who has to win in their March playoff and do his best in Italy’s stipulated potential final game.

Who Else May Be Joining?

Four teams from CONMEBOL (South America), five from CAF, four from AFC, and three from CONCACAF and OFC may most likely earn a spot. There will be an inter-confederation playoff in June with a South American, Asian, North American, and Oceanian team participating.

In their penultimate game, Scotland secured a playoff position after defeating Moldova 2-0. After 23 years, Scotland returned to the central stage with Euro 2020 and hoped to qualify for a World Cup for the first time since France ’98.

Wales finished fourth, and the draw has set up a possible meeting with Scotland in the final. But before that happens, Wales will compete with Austria, while Scotland will go against Ukraine.

How African Teams Are Chosen

Organizers decided to grant the final five places to African teams during the next international break. Meanwhile, the ten group winners from the second qualification round will decrease to a final five teams.

There will be five two-legged ties, with the winners of each advancing to the tournament. Cameroon topped their group by defeating Ivory Coast in the final qualifying round, meaning they are the main absentees from the concluding stage.

So far, here is the list of ten teams who luckily made it to the final round of the African Qualifying rounds.

How Asian Teams Are Chosen

The four top teams in Group A and Group B will automatically qualify for the 2022 FIFA World Cup. Meanwhile, there are still four remaining series of matches taking place in January, February, and March.

Iran, South Korea, Saudi Arabia and Japan have a four-way tie for the four automatic slots.

The third-placed team from each group (currently Australia and the United Arab Emirates) will compete in a one-off game to determine who advances to the inter-confederation playoffs in June.

How Many Teams Will Come From the Inter-Confederation Playoffs in 2022 FIFA World Cup ?

The winner of each two-legged tie will advance to the World Cup as the fifth-best team in CONMEBOL (South America), CONCACAF (North America), fourth-round playoff winner AFC (Asia) and second-round winner OFC (Oceania).

Meanwhile, Oceania has to halt its qualification phase in compliance with the Covid-19 restrictions. But the OFC is trying its best to schedule all games in January 2022.