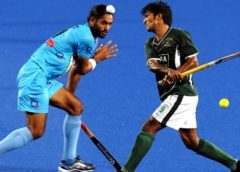 This will be india’s third match in group A. The series will be played in Dhaka. After whopping their nemesis two times during the Hero Hockey World League Semi Final in June this year, India will meet Pakistan in their 3rd Pool A match on October 15 in a very-anticipated expected meeting.