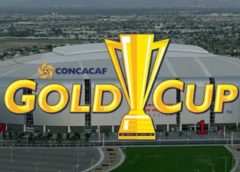 CONCACAF Gold Cup 2017 Live Broadcast TV Channels Information avaliable here. we will provides the list of tv channels name country wise that is telecast live of concacaf gold cup all matches and schedule. One of the most famous competition from north, central ameriacan, and caribbean region is near to its commence. This is the 14th edition of Concacaf gold cup. It will start from 7th july 2017 and end to 26th July. Total 12 national teams participated which will be divided into three groups.