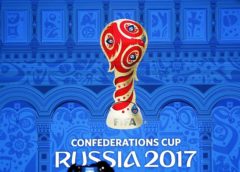 FIFA confederation cup 2017 is a prelude to the world cup and is therefore held every 4 years. Total 8 countries  participate including the reigning world cup champions. The 8 teams are split into two groups Groups A and Groups B of 4 before the two head straight into semi final fixture