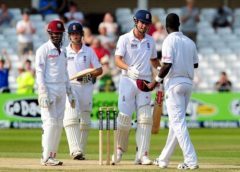 Toss: England won the toss and opt to bat