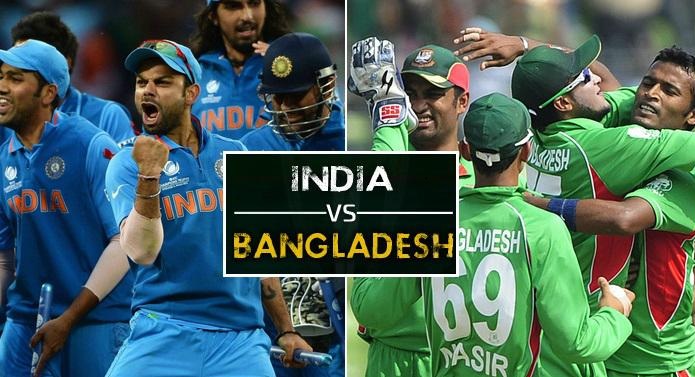 India vs Bangladesh 3rd T20I, Bangladesh Tour of India 2019. IND vs BAN third twenty-twenty match will be played at “Vidarbha Cricket Association Stadium, Nagpur”. BAN vs IND match starts from 01:30 PM GMT time and 07:00 PM LOCAL time. Now I will share the team squads and ground history of the BAN vs IND match.

Nagpur is likely to have a humid climate at the time of the match. That will make any team want to bowl first. The temperature will be between 18 and 32 degrees Celsius. This will more help the fast bowlers on the field. In the last three games, the 1st batting team has averaged 129 runs. The batting team has won seven out of 10 matches on the field.

In the three T-20 series between India and Bangladesh, both teams are 1-1. Bangladesh won the first match in Delhi by seven wickets. India then won the 2nd match in Rajkot by Eight wickets. Both teams want to make the series a name after winning this match

Both teams will play against each other for the first time at Vidarbha Cricket Association Stadium. Before, India had won one of three matches. He suffered defeat in both games. In the last match played in 2017, the team beat England by 5 runs. Then India faced defeat against Sri Lanka (2009) and New Zealand (2016).

Rohit Sharma played very well in the second match in Rajkot. He was done 85 runs in 43 balls with 6 fours and 6 sixes. Yuzvendra Chahal gets two wickets in four overs. Bangladesh team score was 153 runs – 6 wickets in 20 overs whereas India team score 154 runs – two wickets only on 15.4 overs.

A total of 10 T-20s have been played between the two teams so far, India have won in nine matches. Bangladesh has had success in one match. The Bangladesh team got this win in the 1st match of the series.

How to watch India vs Bangladesh third t20 match in Nagpur?